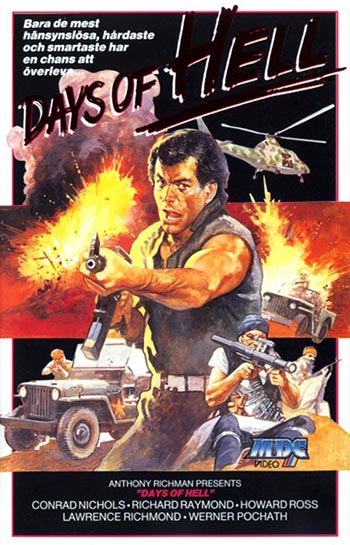 This fast-paced film stars (Conrad Nichols) as the tough Captain Williams, head of a crack commando squad who goes into Afghanistan to save the U.S.S.R. — and indirectly, the U.S. — from some very bad publicity. A journalist and his daughter have evidence that the Russians are using biological and chemical weapons in their war in Afghanistan. The unit of five commandos smuggle themselves into Afghanistan through its neighbor Iran, bribing the leaders of that country with some spare parts for its war planes (shades of Iran-Contra!). Once inside the country they discover that the journalist has already died from exposure to nerve gas, and his daughter is already getting sick. Williams starts to guess that they are all being set up because everything is going just a little too well, and he adjusts his plans accordingly.