Death of a Hoodlum (1975) León Klimovsky 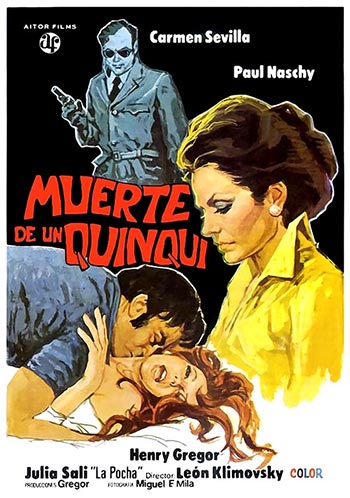 A jewel heist goes wrong, resulting in several deaths. Naschy is left with the loot and he takes off with the the cash before the gang is supposed to meet back up. Gang leader Frank Brana sets out to track down the man and the jewels with the help of his gang.

Paul Naschy plays a hearing impaired thief with a nasty mother fixation and the sexual charisma of Sean Connery. His character seems to be able to have his way with almost any and every woman he sees- which isn’t all that different from most characters he played, but in this story its a little scary. He’s a cold bastard and the film’s violence always stems from the relentless nature of his drive to get what he wants.