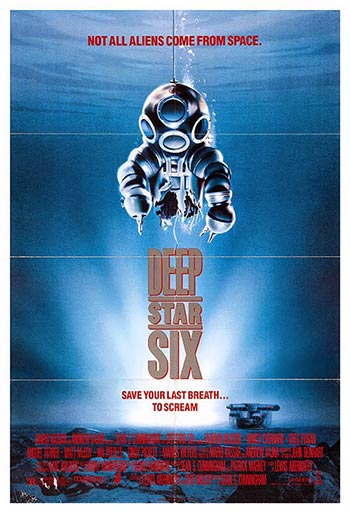 The crew of an experimental underwater nuclear base are forced to struggle for their lives when their explorations disturb a creature who threatens to destroy their base.

The creature is particularly impressive and credit must go to the the special effects guys. The cast is eclectic and low budget with Miguel Ferrer giving the best performance as Snyder, the only member of crew realizing the gravity of their situation and slowly going stir crazy. This film is better than many other watery efforts and this includes bigger budget efforts like Leviathan and Sphere.