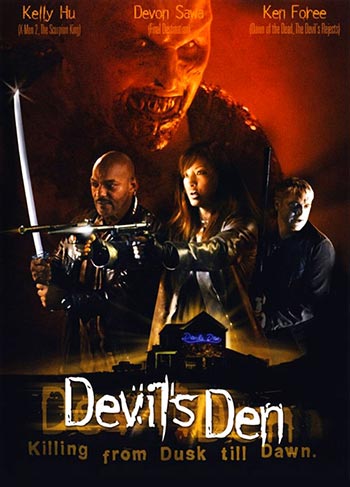 Quinn Taylor and his friend Nick are on their way back from Mexico with a load of Spanish Fly to sell in the States. They stop at a gentlemen’s club called The Devil’s Den and decide to test out their product on the unsuspecting women there. Only, these women aren’t really human, and the two men find themselves in a very fatal position. Also tossed in are a female-assassin on the hunt for Quinn, a monster hunter who just happened to stumble into everything, a Japanese swordsman who doesn’t really exist and even Satan himself who have to deal with the situation once all hell breaks loose.