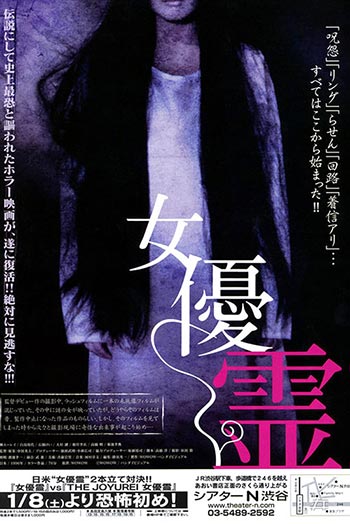 On the set of a dark war time drama at an old movie studio, a young director, Toshio Murai (Yanagi), is trying to complete his debut film. The two starring actresses, Hitomi Kurokawa and Saori Murakami, play sisters in his film. Murai has a crush on Hitomi (Shiroshima), the seasoned leading actress, and keeps a photo of her by his bed. The younger and less experienced actress, Saori (Ishibashi), is annoying and likes to have recess on the set. The production of the movie is consistently interrupted by strange occurrences and the cast and crew begin to get spooked.