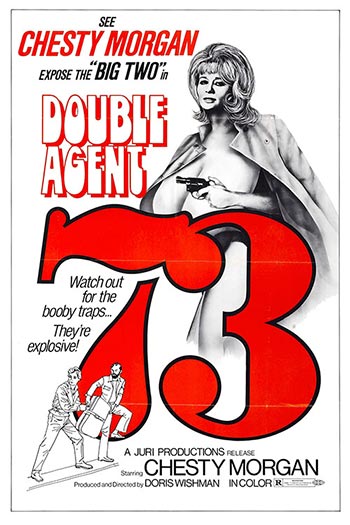 Underworld drug king Toplar is flooding the market with low-grade heroin. Agent 99 gets a bit too close to the truth, but manages to gasp out a clue as to the identity of Toplar: he has a scar. Jane (Agent 73) is called in to find Toplar, and gets a camera implanted in her breast in order to photograph the bad guys she dispatches so headquarters will be able to identify Toplar when she finds him. Meanwhile she begins falling in love with fellow agent Jim.