Dreams in the Witch-House (2005) Stuart Gordon 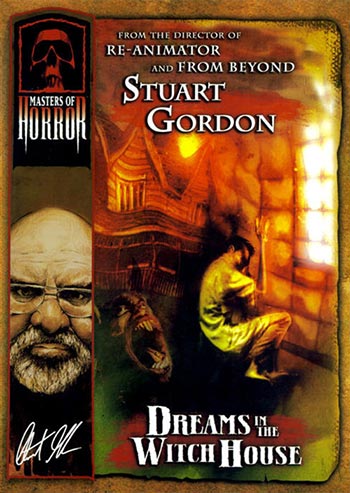 Walter Gilman, a college student, rents out a very cheap room in an old house, but it proves to be no bargain. One of his neighbors prays loudly and bangs on the furniture. Another neighbor, a single mother, issues a blood-curdling scream soon after his arrival. It turns out that she and her baby are being attacked by a persistent rat. Walter plugs up the rat-hole, but they still aren’t safe. Walter is having nightmares – dreams that seem to have been inspired by the first neighbor, who warns him of a witch and her familiar: a rat with a human face. Walter soon suspects that the witch of his nightmare is real and that she is going to force him to kill the baby.