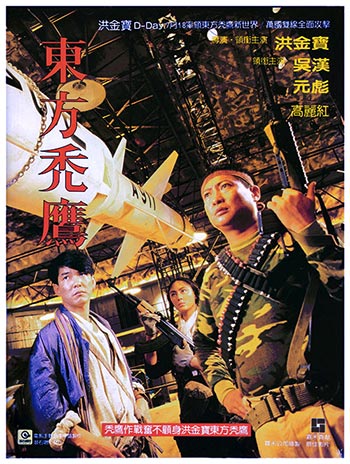 Eastern Condors has few equals in the action genre. Directed and starring Sammo Hung, Sammo turns the action to eleven in this hybrid of modern action and kung fu. Also appearing is Yuen Biao and Yuen Wah as the ever reliable villain. E.C. is Hong Kong’s answer to The Dirty Dozen where a group of Chinese/American criminals go on a suicide mission to destroy a missile ammunition dump left behind by Marines in Vietnam.

The tone is lighter than John Woo’s Bullet In The Head, but is taken serious enough to care about the characters, move along the story and sell the abundant and insane action scenes. There is enough bonebreaking martial arts, crazy stunts, as well as a barrage of machine gunfire and explosions to please the most jaded of action fans.