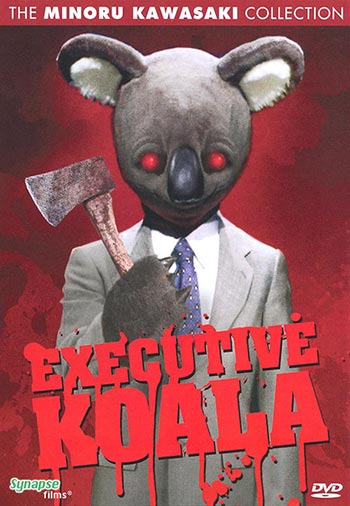 Tamura is an average divorced salary-man in Japan – and also a man-sized, suit-and-tie wearing, bipedal koala bear. Though not a human, he’s a successful business-man with ventures over-seas who refuses to play official politics. And what more could you possibly demand from cinema?. Tamura’s corporate life-style is severely cramped when his humane sweet-heart Yoko is mysteriously murdered and he finds himself a suspect with the police. Even worse, he learns the he is their only suspect. Tamura sets out on a mission to prove his innocence but is haunted by disturbing lapses in his memory. Does the Executive Koala truly know himself?