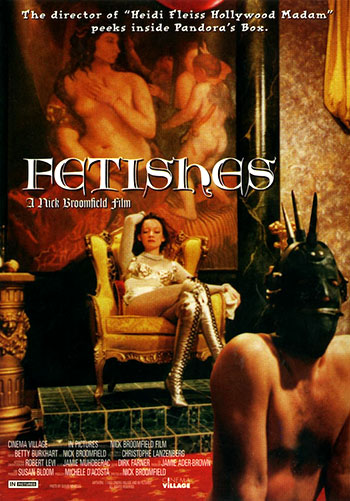 Masochism, rubber, corporal punishment, wrestling, and infantilism are all examined into detail as a documentary crew visits a bondage house and its mistresses in upstate New York.

Controversial filmmaker Nick Broomfield takes a deep look at the kinks that make people tick. Filmed at Pandora’s Box, the luxurious S&M parlour in New York, Fetishes reveals in both a humourous and informative manner the full range of fetishes, from rubber and infantilism, to asphyxiation and mummification.