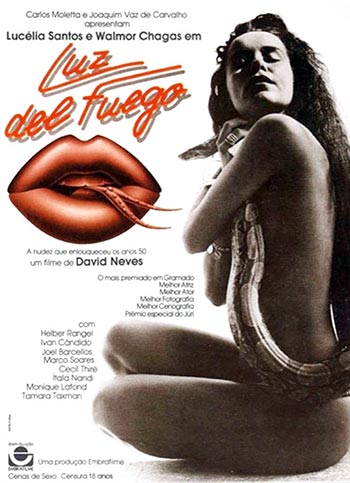 Biography of a Brazilian dancer who lived on an island and practiced nudism when it was forbidden by law. The old man and former senator João Gaspar (Walmor Chagas), tell his romance with Luz Del Fuego (Lucélia Santos) to his nurse, while traveling to the “Ilha do Sol” (“Island of the Sun”). In the end of the forties, he meets the show-girl Luz del Fuego, who becomes his lover. Ahead of time, she shocks the conservative Catholic Brazilian society with her costumes of being naked most of the time, and when she moves to the “Ilha do Sol”, a property of her own, it became a nudism colony.