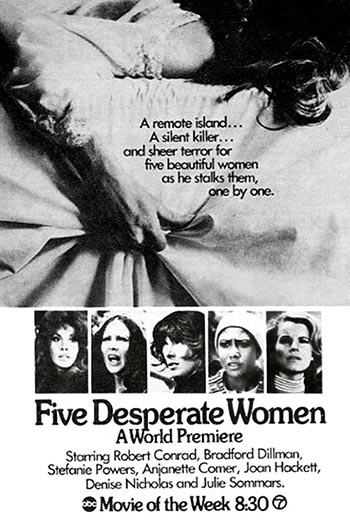 Five young women vacation together at a resort on an isolated island. They are the resort’s only customers and, aside from the boat captain who brought them here and the resort’s handyman, Wylie, the island’s only inhabitants. When one of the women is found dead, the others begin to fear the captain, who’s been acting strangely. Wylie and the captain argue over the identity of the murderer, each accusing the other, and a fight erupts. Alarmed, the women attempt to leave the island, but the boat — their only means of escape — explodes and sinks before they can board it. Then Wylie comes to their aid, claiming to have killed the boat captain in self-defense and telling the women they’re safe. But are they?