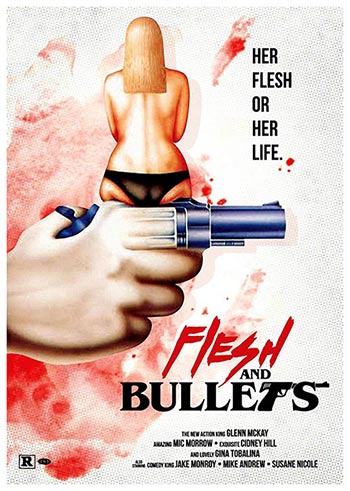 One of director Carlos Tobalina’s few non X rated films is really just a sex filled retelling of Hitchcock’s Strangers on a Train. A duo of unhappily married men with a bloody past meet in Las Vegas and hatch a scheme to murder each other’s ex wives. They both become attached to their targets, naturally, and things go from bad to worse. Although it’s not a hardcore film, it does feature X rated stars, Mai Lin, Sharon Kelly, and Bill Margold, along with B movie greats like Cornel Wilde, Yvonne DeCarlo and Robert Z’Dar in one of his earliest roles.