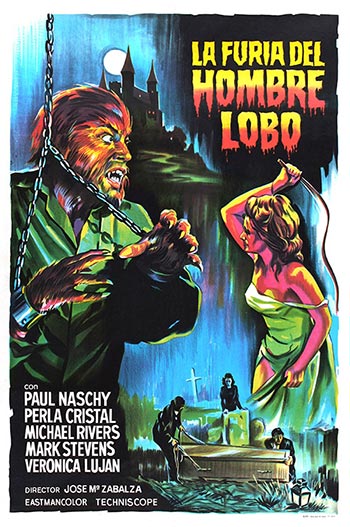 Waldimar Daninsky, a lone survivor of a Tibetian expedition, returns home to find his wife has been unfaithful to him. Carrying the curse of the pentagram (or pentagon, as stated by the monk who nursed him back to health), the fury of the wolfman is unleashed! After disposing of his cheating spouse, he finds himself captive in a castle by a female mad scientist conducting mind control experiments. In a vein attempt at escape, he discovers the freaks left over from past experiments dwelling in the dungeons.