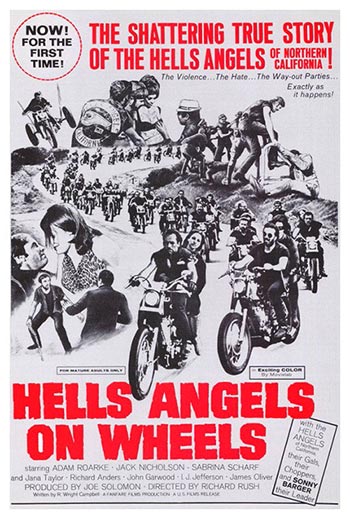 At first gas station attendant Poet is happy when the rockers gang “Hell’s Angels” finally accepts him. But he’s shocked when he learns how brutal they are – not even murder is a taboo to them. He gets himself in trouble when the leader’s girlfriend falls in love with him – and he welcomes her approaches.