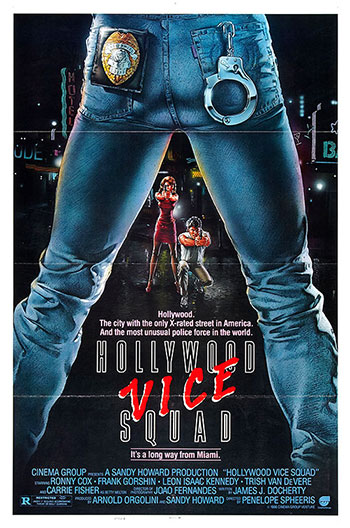 A mother goes to Hollywood to find her runaway daughter. She discovers that the girl has become involved in the pornography industry, and goes to the police to get help in finding her.

A mixture of sex, drugs, blood and guts.” Three fact-based stories, including undercover hookers and runaways, about Hollywood’s Vice Squad, written by the police officer who actually headed the department. The slimy world of vice is given a comical gloss, as the driven cops sweep the streets of crime.

There’s always work for a cop, especially a cop on the Hollywood Vice Squad.