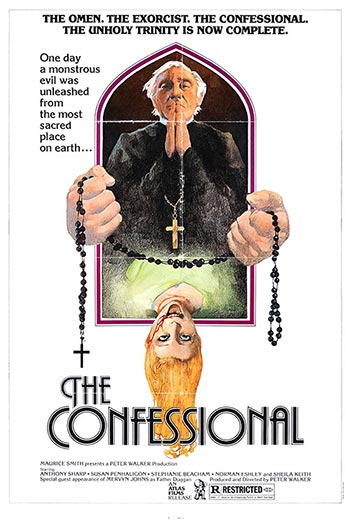 A troubled young girl goes to confession at the local church. Unfortunately, the sexually frustrated priest she confesses to becomes obsessed with her. At first, the priest stalks the girl, but later it is revealed that he will stop at nothing, including blackmail and murder, just to get close to her.

A very fine Walker effort. Not really a horror film nor a giallo but very British. Must have upset as many as it pleased upon release with it’s uncompromising attack upon the Church in general and the Catholic Church in particular. Excellent central performances and it is these performances that helps the film over the odd script shortcomings. Not for the easily offended but for everyone else quite a treat and who is to say accusations of wrong doings by priests and cover ups by other self righteous members of society is so far fetched?