I Married a Monster from Outer Space (1958) Gene Fowler Jr. 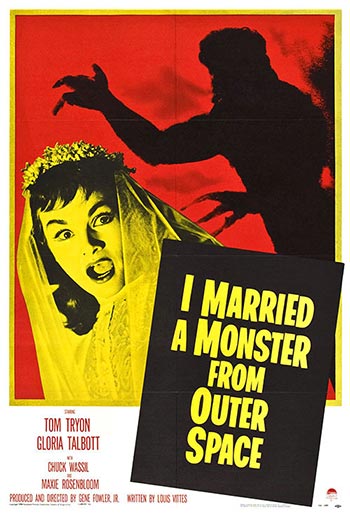 In Norrisville, Bill Farrell leaves his bachelor party on the eve of his marriage with Marge Bradley. He is abducted by an alien that takes his shape and marries Marge on the next day. Marge feels something strange with Bill and one year later she realizes that he is a totally different man. One day, Marge follows Bill and he goes to the woods; she finds that he is an alien and sees his spacecraft. She tries to tell to Washington and to the FBI, but the aliens have dominated key people in town that do not allow any sort of communication with the exterior world. What is the intention of the alien invasion?