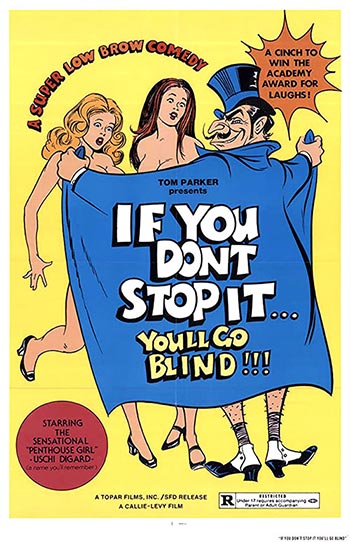 A collection of skits about sex jokes. Bawdy skits spoofing talent contests and award ceremonies. An hilarious sketch-style comedy in the style of Carry On,featuring profane old ladies,impotent men,gay cowboys,sex contests,extremely unfaithful husbands and wives and just about anything else to do with sex imaginable.

The film’s highlight is the gorgeous Swedish model Uschi Digard,who somehow manages to get unclothed in every single sketch she stars in,like her husband coming home to find her in bed with another woman,and being a contestant in a sex contest where a guy must ‘pop’ as many girls as he can on a large bed in front of a huge audience in order to win big bucks.