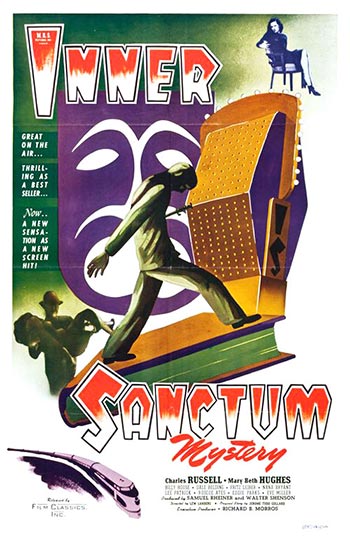 A man accidentally kills his fiancée as he exits a train. Just as the train pulls out, he drops her body on the rear platform. No one saw him do it, but someone does see him at the otherwise deserted station: a mischievous, freckle-faced boy. Later, he’s walking along a road when the town’s newspaper editor stops and gives him a lift. The editor tells his passenger that a flood has washed out the bridge. For now, there’s no way out of town, so he takes the stranger to a boarding house. Fate decrees that of all houses, this is the one where the boy lives. The boy thinks he recognizes the new boarder. The new boarder thinks it’s time to get rid of the boy. And a sexy blonde living at the house thinks it’s time to run off with a man she knows is a murderer.