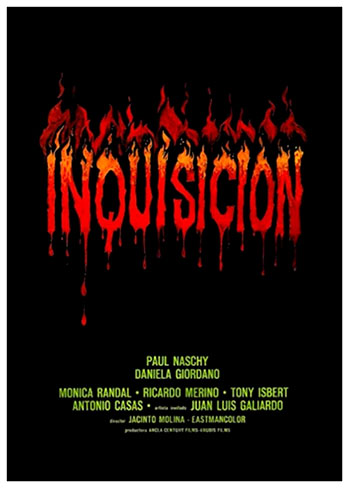 A trio of witch hunters arrive in town to ply their trade.While this is happening,the daughter of the magistrate agrees to sell her soul to the devil for the ability to take vengeance on the man who killed her lover. “Inquisition” is a fine directing debut of Paul Naschy. There is plenty of gratuitous nudity and the torture scenes are fairly nasty and shocking. Scenes such as a rotating, spiked gyre approaching the bared breast of a female victim and the obscene pulling of another unfortunate victim’s nipple are as unsettling and savage as any scene from competing films such as Adrian Hoven’s classic 1969 witchcraft flick “Mark of the Devil”. Naschy’s portrayal of the devil is fantastic as is his performance as a witch hunter Bernard. Give this one a look,if you are a fan of Jacinto Molina or Spanish horror in general.