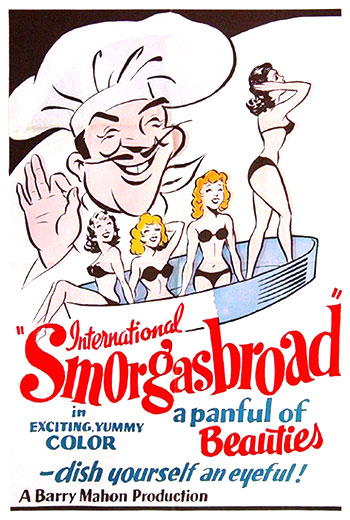 Bernie is a short order cook and every dish he makes causes him to think of naked women. Every few minutes a female voice admonishes him for his behaviour, and he hits on the waitresses in the diner. Tacked on at the end is a Barry Mahon short called ‘Double Trouble’, featuring the Bennett Twins (appearing in our feature presentation, billed as the Swenson Twins).