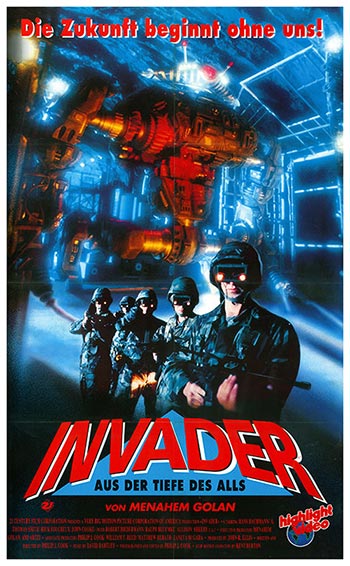 A crashed UFO and its reverse-engineered computer system take over the minds of soldiers at an air force base. The alien entity (in the guise of A.S.M.O.D.S., (Asmodeus), a strategic flight defense systems program for fighter jets) is discovered by tabloid reporter Frank McCall and D.O.D. Captain Harry Anders. They escape the base in a stolen F-19 and are taken to the Pentagon, where their story is met with understandable scepticism. An attempt by Asmodeus’ minions to capture Frank & Harry for brainwashing convinces General Anheiser of their sincerity, and they return to the base and eventually face Asmodeus and its army of brainwashed soldiers.