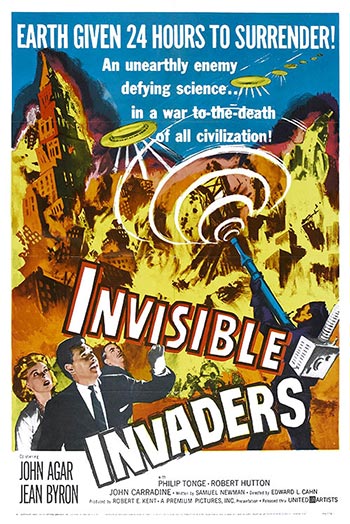 Aliens, contacting scientist Adam Penner, inform him that they have been on the moon for twenty thousand years, undetected due to their invisibility, and have now decided to annihilate humanity unless all the nations of earth surrender immediately. Sequestered in an impregnable laboratory trying to find the aliens’ weakness, Penner, his daughter, a no-nonsense army major and a squeamish scientist are attacked from outside by the aliens, who have occupied the bodies of the recently deceased.