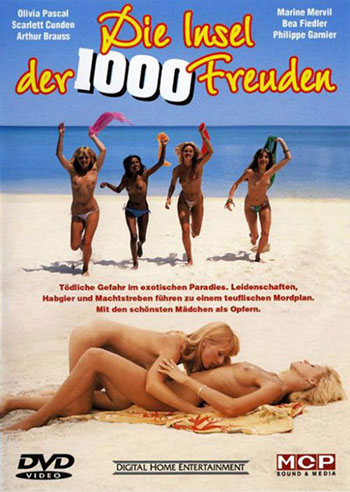 More trashy thrills from German sexploitation icon Hubert Frank as fetching frauleins are kidnapped and pressed into service in the worldwide slave trade. See Olivia Pascal have her nipples and crotch menaced with a red hot light bulb! Watch in horror as a mustached native girl is forced into servicing herself with a lit candle! Squeal with delight as a sultry stripper performs the little-seen “Banana Dance”! Beatings, Lesbos and more Tits & Bush than all the Porky’s Movies combined.