It Came from Beneath the Sea (1955) Robert Gordon 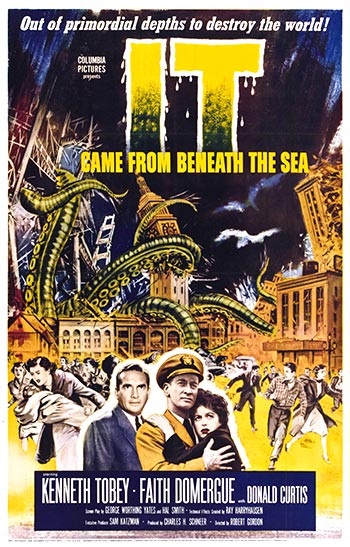 After an encounter at sea with an unknown underwater creature, a naval commander works with two scientists to identify it. The creature they are dealing with is a giant, radioactive octopus that has left its normal feeding grounds in search of new sources of replenishment. As the creature attacks San Francisco, the Navy tries to trap it at the Golden Gate Bridge but it manages to enter the Bay area leading to a final confrontation with a submarine.