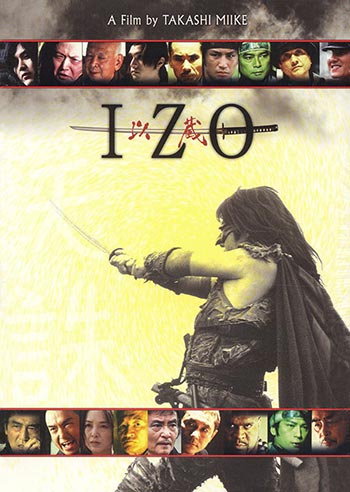 We begin in 1865, when the Shogunate is on its last legs, but still capable of punishing its enemies. One is Izo (Kazuya Nakayama), an assassin in the service of Hanpeida (Ryosuke Miki), a Tosa lord and Imperial supporter. After killing dozens of the Shogun’s men, Izo is captured and crucified. Instead of being extinguished, his rage propels him through the space-time continuum to present-day Tokyo, where he finds himself one with the city’s homeless. Here Izo transforms himself into a new, improved killing machine, his entire soul still enraged by his treatment in his past life. His response to the powers-that-be, whose predecessors put him to death, is the sword.