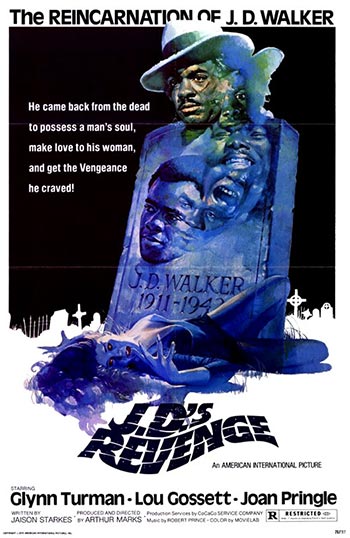 A docile black law student is possessed by a 1940’s mobster in mid-70’s New Orleans. The mobster seeks revenge upon the people who killed him and his sister.

A solid standout from most Black flicks of the middle 70’s, JD’s Revenge provided an early platform for Glynn Turman (Cooley High) to prove his acting prowess. By playing essentially two characters at once, Turman’s passion for the roles combines with the spookiness of the New Orleans setting for memorable results. Louis Gossett plays an excellent preacher with a sordid past. The horror edge of this film is a little heavy-handed, but it is considerably better than most of the genre. A great Black thriller.