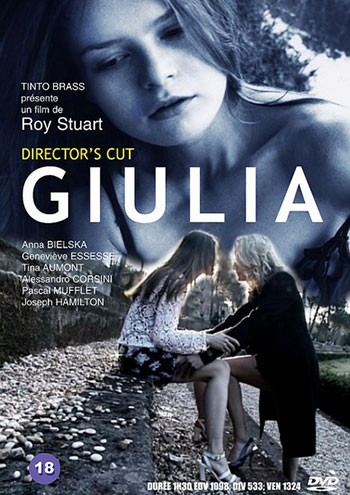 Giulia is a young, free-spirited dance student. When everyone in her class except her is told they are going to Rome to perform, she is not happy. She vows she will also go. Next stop is her drama coach, who makes some pretext to get her naked and tries the old casting couch routine. She tells him the next night will be his lucky one, and to meet her at an address. The address ends up being a live sex show where she is the star. She invites her drama coach to participate, but he chickens out. Next morning she wakes up in bed with her girlfriend.

The film is a kick in the face to all the up tight puritans that construct moral walls against the natural flow of life. This is exemplified is the final section dealing with the Pope and the devil as well as when she urinates against the Vatican wall. Stuart is the enemy of repressive moral and social routines. There is the drama teacher who thinking only of his own pleasure, is put to the test by Giulia who chooses where and when she wants to have sex with him; she invites him to a live sex show and beckons unsuccessfully for him to join her on stage. Stuart condemns him as he condemns male selfishness, religious fanaticism and all that works against human liberation, particularly when it targets that of the woman-like the the foot fetishist and the aggressor in the park, disruption and aggressiveness are attitudes essentially masculine. Giulia says to the drama teacher, “when one is a man you should seek to understand women”. And when one is also an artist, to celebrate them … but for that celebration, like the opera singer in “Capriccio” it’s the woman who is at the heart of the creation, before the composer, the writer and the director: three men, three artists that depend on her.