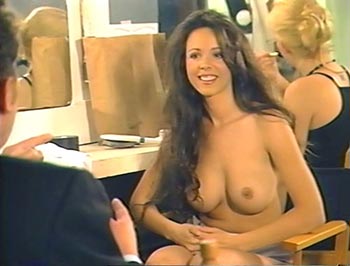 Shakespeare’s plays were intended not to be performed by men only, it turns out, but rather by buxom young women in various stages of undress. Such is the premise of this low-budget vehicle which alternates between scenes of women stripping while performing scenes from the Bard’s works and mock interviews with the cast and crew.