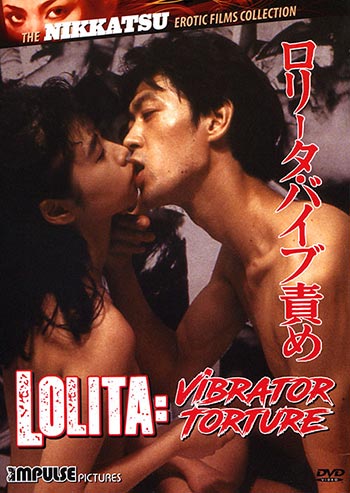 “Lolita:Vibrator Torture” has to be one of the most repellent pinku films directed by the prolific Japanese director Hisayasu Sato. This notorious Nikkatsu pinker tells the story of a sadistic killer who lives in a squalid freight container and performs hideous acts upon young schoolgirls before bloodily murdering them and disposing of their corpses in an acid bath.

Hisayasu Sato is often cited as a Japanese Cronenberg and “Lolita:Vibrator Torture” is no exception. The film contains a lot of unsettling visuals for example composites of black and white photos, pixelated close-ups of VHS screens or computer monitors. The soundtrack is truly outrageous and somewhat disorienting. The film relies more on gore and sexual sadism rather than sex and is as cold and nihilistic as they get.