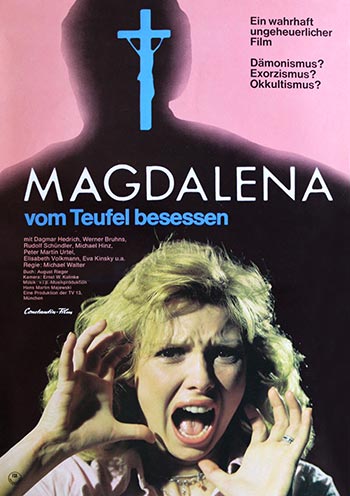 The orphaned, pure, and innocent, Magdalena Winter, has been living at a girls’ boarding school since her parents died in a horrible car accident, secluded from temptation. However, things will soon take a terrifying turn for the unexpected, when poor Magdalena suffers a violent seizure, and turns into the mean, obscene, and sexually obsessed host of an unclean demonic spirit. Now, everyone is in harm’s way, and when science and modern medicine fail, religion takes over. But, can a priest save the Devil’s female?

Magdalena, Possessed by the Devil (1974)