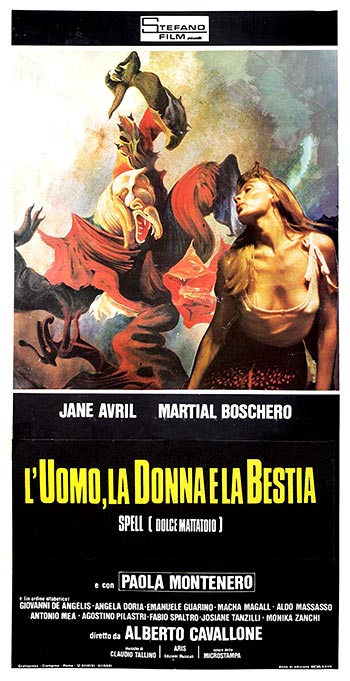 Debauchery reigns as the citizens of an Italian Catholic village prepare for their annual religious festival while secretly indulging in all manner of morally corrupt behavior.

After working himself into a sexual frenzy by leering at the young girls who walk by his shop, the town butcher retreats to his freezer and makes love to the beef carcasses that hang suspended from the ceiling. Meanwhile, a teenage girl attending her grandfather’s funeral becomes pregnant with her father’s child, a drunk communist beats and rapes his wife – who retreats into her own mind in order to maintain her sanity – and a nameless, Christ-like man captures the admiration of the local children while serving as fantasy fodder for the lonely women about town.

Later, an atheist obsessed with clipping pictures of internal organs from medical journals and pasting them on pictures of fashion models watches as his insane mute wife drinks water from the toilet and defecates on a bleeding, dying man during a bout of furious sex. Through it all, everyone strives to keep up appearances for the Catholic Church.