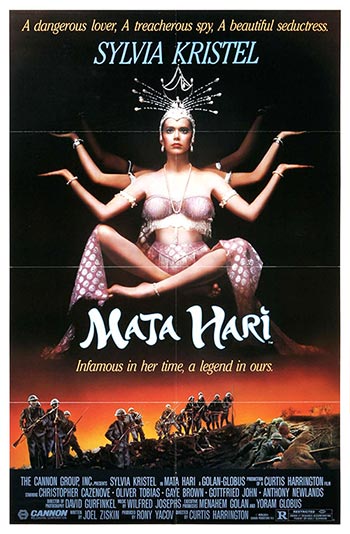 Sylvia Kristel (Emmanuelle) stars as the legendary spy Mata Hari in this torrid World War I tale of deception, desire and double agents. Based on a true story, Mata Hari follows a Dutch-Javanese exotic dancer’s foray into intelligence gathering, first for Germany and then for France. Whether working Berlin, Paris or Madrid, this fabled beauty’s powers of seduction will change the fate of nations. Mata Hari. Her name means “Eyes of the Dawn,” but her loyalties are less clear. When she takes two former friendsnow on opposite sides of the waras lovers, she finds herself a pawn in the dangerous world of cat-and-mouse espionage. As the stakes grow higher, and the wargrows deadlier, her guilt torments her. But if she risks everything to save the man she loves, who will save Mata Hari?