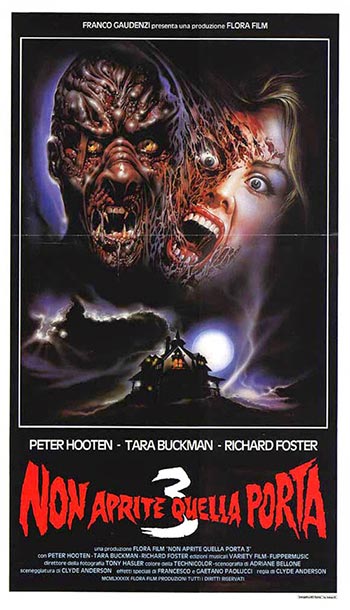 A murderous maniac who wears a monstrous rubber mask sews death in a theater, killing two women with the Freddy Krueger claws. Then he runs away with it. Melanie Beck (Tara Buckman) learns the news by television, but can not imagine that she will soon come under the scrutiny of the maniac. She understands when she receives a threatening anonymous phone call, with the maniac promising a slow death. Melanie is able to escape a first attack of the killer, entered her house. The woman ends up in hospital, but thinks she got away. The killer, however, does not give up, willing to hit her with the utmost cruelty and barbarity.