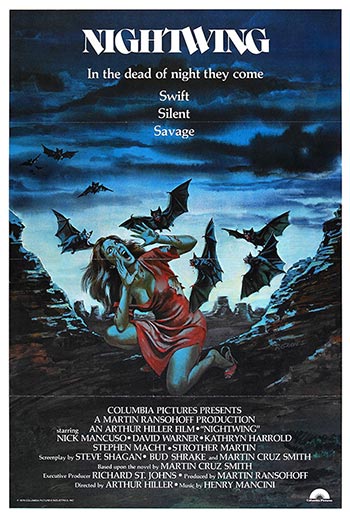 Rabid vampire bats which are indiscriminately slaughtering cattle and humans alike on a New Mexico Indian reservation are tracked to their deadly lair by an English Biologist in an effort to avenge the death of his father, who was eaten by them. Duran is a reservation cop who doesn”t believe the tribal lore that explains the bats” strange behavior as part of some sort of spiritual revenge.