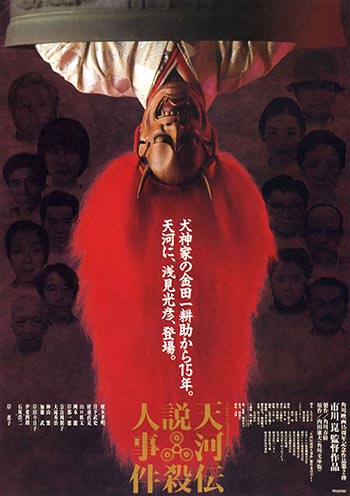 In this at times comic detective thriller, the head of a lineage of Noh performers is about to step down, and someone cares enough about who his successor will be to commit murder again and again in highly symbolic ways.

Noh drama is the often mystifying ritualized classical drama of the Imperial court and was never particularly popular. Japanese audiences have been undergoing artistic spiritual uplift by attending these performances for centuries, in much the same way that many attend symphony concerts today. In other words, every audience is composed of a number of real fans, and a heavy sprinkling of people attending the performance just to see and be seen or to be morally improved in some mysterious manner.

The Tokyo police who are assigned to the case haven’t the erudition or even the ordinary good sense to unravel the sometimes esoteric clues in this case, but a famous detective has a brother who is in the right place at the right time to put the pieces together. Among the film’s highlights are scenes from actual Noh performances.