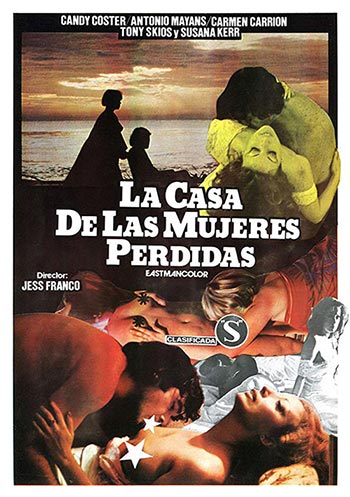 Desdemona lives on a remote island with her strange family: her father Mario Pontecorvo, her stepmother Dulcinea and her mentally retarded sister Pulova. The background is one of endless radio and TV broadcasts of commercials and ridiculous programmes. Desdemona tries to ward off her boredom by masturbating, provoking her father or teaching her sister how to play with herself. She even goes as far as asking her father if he would fancy raping her. The father and Dulcinea do not have a successful sex life and he would seem to be constantly haunted by his past. Mario is an expatriate Argentinean actor who claims to be a political refugee. Dulcinea hates her stepdaughters and will not stop at beating or abusing them if she deems it necessary. The family routine is interrupted with the arrival of a very virile hunter who will contribute even further to break down the family relationships. First, he fucks with the flighty Desdemona and Dulcinea herself is to later surrender herself to him in order to satisfy her sexual desires, while Mario has no choice but to look on helplessly at what is happening.

It soon turns out that the hunter is really a journalist who is investigating Mario Pontecorvo’s life, and reveals that the latter’s stories about his being an exiled artist are false, following which he and Dulcinea flee from the island. At this point, Mario loses all contact with reality and, dressed in the uniform of a sixteenth-century Spanish soldier, he starts calling his daughter Ophelia and declaiming on the beach like a character out of Shakespeare, as he hears the imaginary applause of his theatre public. Now completely mad, standing by the sea, he takes his life with a dagger. As she walks on the shore, pushing her sister on a wheelchair, Desdemona comes to the realisation she will never leave the island.