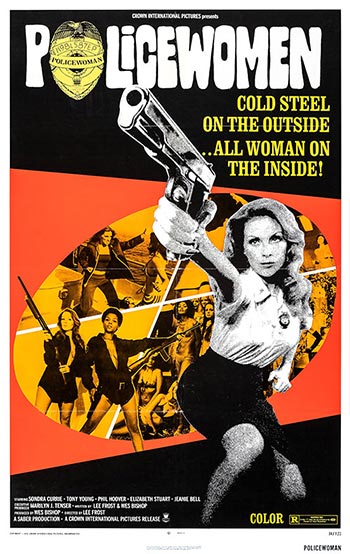 Policewomen is a 1974 exploitation film about a female police officer who infiltrates an all-female criminal gang. The film was written and directed by Lee Frost, and stars Sondra Currie (who would later be better known to recent audiences for her role in the Golden Globe-winning comedy The Hangover), Tony Young, and Phil Hoover. Despite the fact that the story actually features only one female police officer, the film’s title was pluralized and formed into one word because the title Police Woman was already in use by an NBC TV series whose pilot was scheduled to premiere one month after this film’s release.