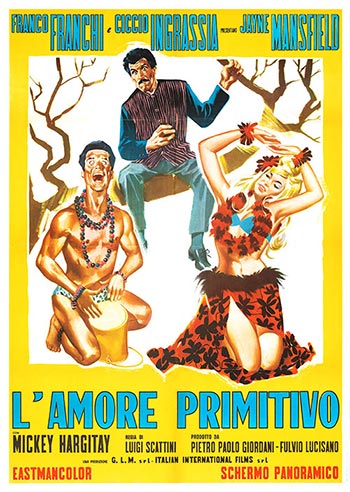 “Doctor” Jayne Mansfield is in Italy to show a peer her documentary about mating customs from around the world while at the same time having to deal with two bellhops who have an idea or two about mating with Jayne.

What a hoot as we have our beautiful and glamorous Jaynie playing “herself” but as an anthropologist who shows her “professor” footage (some of it actual) of the mating habits of tribes and people all across the world. There are a couple of scenes that are not for the faint of heart as a chicken and a pig are sacrificed in some mating rituals. But of course, we have two dance numbers where the beautiful La Mansfield shakes her groove thing! There is a comic pair in this much like Jerry Lewis and Dean Martin.