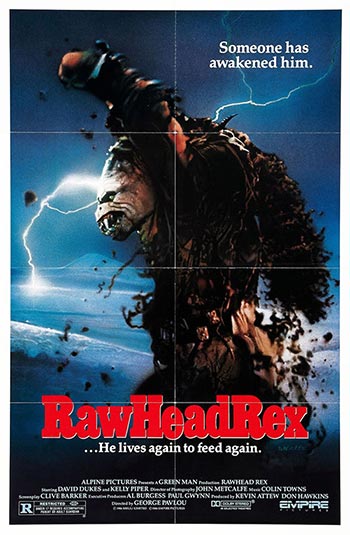 Audio 3: Commentary with The Hysteria Continues

Ireland will never be the same after Rawhead Rex, a particularly nasty demon, is released from his underground prison by an unwitting farmer. The film follows Rex’s cross country rampage, while a man struggles to stop it. Don’t dismiss this movie, its stupid on many levels, but like Evil Dead (One) contains that low budget horror magic that only a few directors can capture.