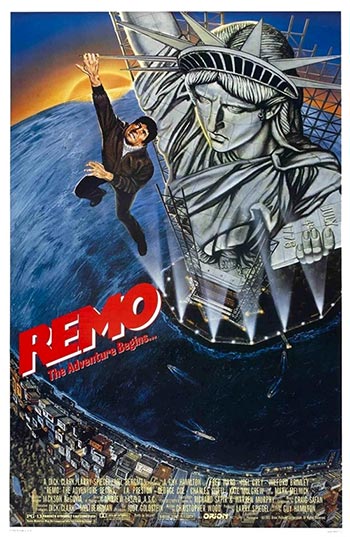 An NYPD cop is ‘killed’ in an accident. The death is faked, and he is inducted into the organization CURE, dedicated to preserving the constitution by working outside of it. Remo is to become the enforcement wing (assassin) of CURE, and learns an ancient Korean martial art from Chiun, the Master of Sinanju. Based on the popular pulp series “The Destroyer,” by Richard Sapir and Warren Murphy.

This is a classic 80’s action flick, with a twist. The two main characters are a kick to watch as the hardboiled New York cop is trained in the ways of the wise master of shinanju. The action scenes are awesome, and there are plenty of laughs as we watch our hero Remo struggle to overcome his fears and vices to become a master of shinanju. Fred Ward as Remo and Joel Grey as Chun really capitalize on the comedic opportunities here. The soundtrack is top-notch, perfectly blending a patriotic hero theme with graceful oriental influences. Highly recommended!