Requiem for a Vampire (1971) Jean Rollin 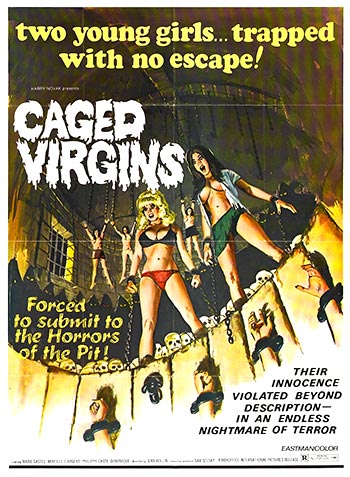 Marie and Michelle are two girls dressed as clowns and on the run from someone with a grudge, this is at least where the film begins with a shoot ’em up car chase through the french countryside. There male companion gets killed in the crossfire and the girls decide to hide out in a seemingly deserted Château where they indulge themselves in some Lesbian sex before they discover they are not alone. The last surviving Vampire and his followers want to enrol the two girls in to the realms of the living dead, but not before they get the girls to lure some fresh blood to the château with the promise of sex.