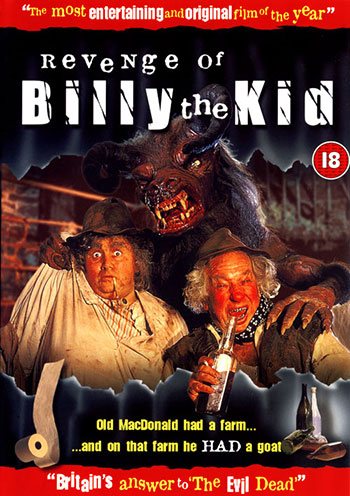 The everyday tale of the McDonald family, (Father Gyles, his wife, two sons and a daughter… all called Ronald), who live their disgusting lives on their farm on an island off the coast of Cornwall. When sent to get their goat “seen to”, the drunken Gyles (the superb Michael Balfour) does the job himself. The resulting birth of a half human half goat creature leads to all hell breaking loose. The tone of this film is not unlike the evil dead, dark but funny. The performances hit just the right note, and the special effects are surprisingly good. The humour is gross, but the film hits most of its targets. Sadly it was one of the last films Michael Balfour and Michael Ripper ever made. Still, not a bad way to bow out. Recommended.