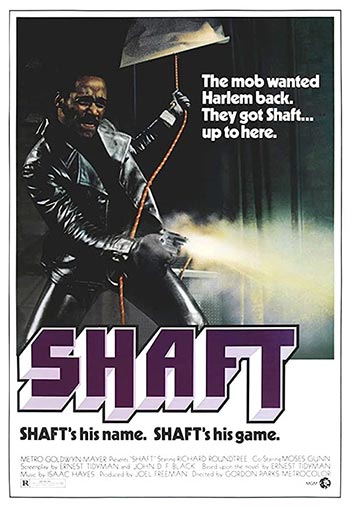 John Shaft is the ultimate in suave black detectives. He first finds himself up against Bumpy, the leader of the Black crime mob, then against Black nationals, and finally working with both against the White Mafia who are trying to blackmail Bumpy by kidnapping his daughter.

Shaft, starring Richard Roundtree, made it’s mark on me then, and does now. From the opening scenes in the streets, to the end theme, when John Shaft came through the window…at the time, no Black man exercised such a strength of will and character as he did. the music score of Issac Hayes did/does/will be as timeless as the movie. The storyline was compelling, characters well-developed and colorful, the direction of Gordon Parks set a new standard, and even the fashion and wardrobe made a statement. Can you dig it?