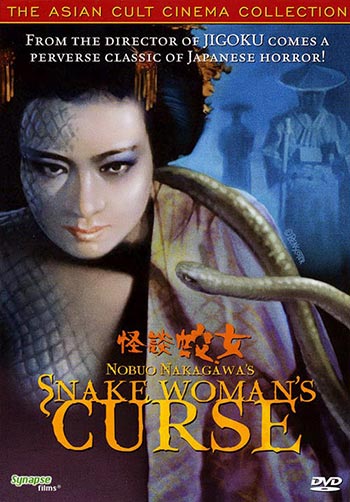 During the latter part of the 19th century, when some parts of Japan were being Westernized, some parts were still deeply rooted in the past. The story here has a cruel land-owning family seizing the property of a deeply-in-debt farmer. In an ongoing series of tragedies, the farmer dies, his wife and daughter are enslaved, the wife dies when trying to prevent the killing of a snake (it’s considered bad luck to kill a snake), and the daughter is assaulted by the son of the landowner. Eventually, the spirits of the farmer and his family materialize in a quest for revenge.

The movie is pretty creepy and atmospheric ghost story from Japan. It does a terrific job of building the characters in the story. You feel lots of sympathy for the old man and his family. They are the victims of the landlord and his son. This is another top notch Japanese horror film. It is not very scary but very creepy. The movie gets a little under your skin by the end. It is well worth watching.