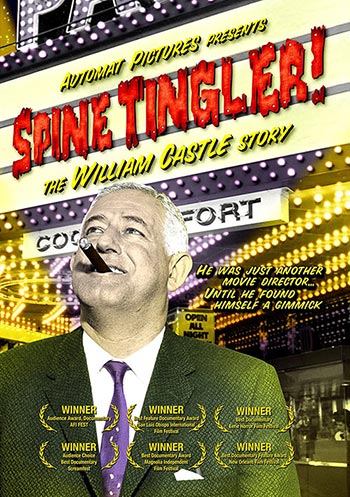 Documentary on famed Hollywood director and producer – and supreme showman – William Castle. Castle made his mark in the decade from the mid-1950s to the mid 1960s with a series of low-budget but highly popular and profitable horror films. The list includes Macabre (1958), La nuit de tous les mystères (1959), Homicide (1961) and many others. Castle always had to have a gimmick to go with his movies. These included having nurses on duty in the lobby should anyone need medical assistance or giving everyone a $1000 insurance policy should anyone die of fright. Castle’s greatest success came as he producer of Rosemary’s Baby (1968). All in all he is fondly remembered by those who knew and worked with him.