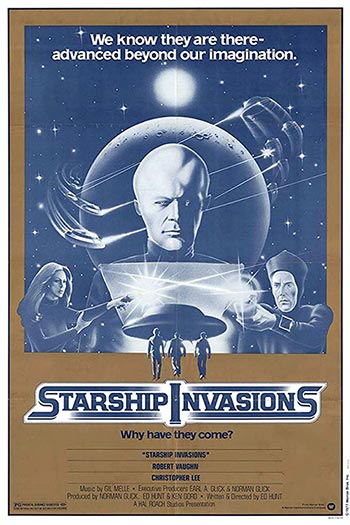 Captain Rameses and his Legion of the Winged Serpent brigade are out to claim Earth for their dying race. Out to save Earth is an alien guard patrol located in the Bermuda Triangle, the League of Races. LOR leaders warn Rameses that he’s breaking galactic treaty rules. The alien villain responds by launching an invasion which telepathically drives Earthlings to suicide. The LOR implore UFO expert Professor Duncan to help them. Eventually, the two alien forces battle. Will the Earth be saved?