Stranger by the Lake (2013) Alain Guiraudie 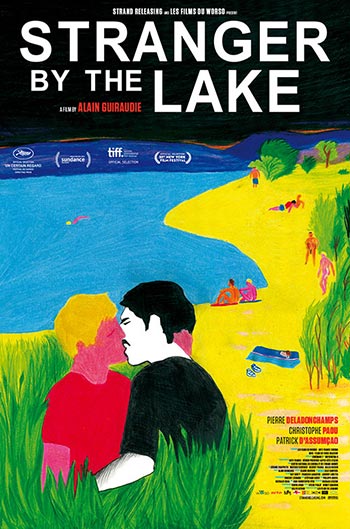 Franck, a fit gay man, seeks love at a lakeside gay cruising beach. Among the mostly pudgy nude sunbathers, he befriends Henri, a depressed middle-aged bi-sexual who enjoys the quiet but accepts Franck’s company. When Michel appears, Franck finally spots a man he’d like to know sexually. Unfortunately, he also spots him drowning his gay lover but opts not to tell anyone in order to consider having a relationship with this handsome yet remorseless killer.