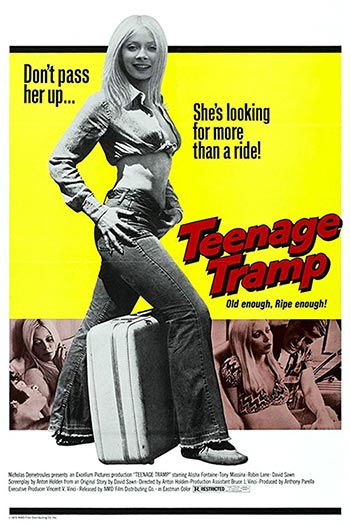 Wayward and uninhibited young runaway Kim has fallen in with a bad crowd. Kim decides to flee said crowd and goes to the west coast to reunite herself with her uptight and neurotic estranged older sister Hilary so she can collect some of the inheritance left behind by their deceased parents. However, evil drug dealer Maury and his flock follow Kim to Hilary’s house.

The strong chemistry between Lane and Fontaine as the two radically contrasting siblings holds the picture together; they receive sturdy support from Anthony Massena as Hilary’s struggling artist boyfriend Adam, Eric Jay as the wimpy Eric, and Jack Garner as a leering pervert truck driver. Moreover, this film warrants extra praise for the way it presents the decadent and hedonistic youth of the period in an extremely ugly, damning, and negative light. Jacques Demarecaux’s rough cinematography gives the picture a suitably gritty look.